It won’t arrive in time for this wet winter, but hopes are rising that Central Valley politicians will soon deliver on one of their top political goals in recent years: investment in California water storage.

Bills introduced last week by Bakersfield Republicans in Sacramento and Washington, D.C., would redirect money from the state’s high-speed rail project toward a series of reservoir projects, as well as repairs to a canal serving Kern County farmers.

If ultimately signed into law, the legislation would build on recent water infrastructure successes at the state and federal levels, including a 2014 state bond measure that raised $7.5 billion for eight water storage projects.

Past efforts by Central Valley politicians to redirect bullet-train money toward transportation projects have failed, and it’s unclear whether there is sufficient political will — or legal precedent — to steer rail money toward water storage.

But the new legislation could benefit from timing. Recent precipitation has flooded parts of the state, and on Feb. 12, Gov. Gavin Newsom announced the state’s high-speed rail project will be scaled back to run between Merced and Bakersfield, rather than between San Francisco and Los Angeles.

The proposals by U.S. Rep. Kevin McCarthy and state Assemblyman Vince Fong seize upon a common frustration among many valley Republicans that billions of state and federal dollars dedicated to high-speed rail would be better spent on capturing water from wet years for use in future dry years. 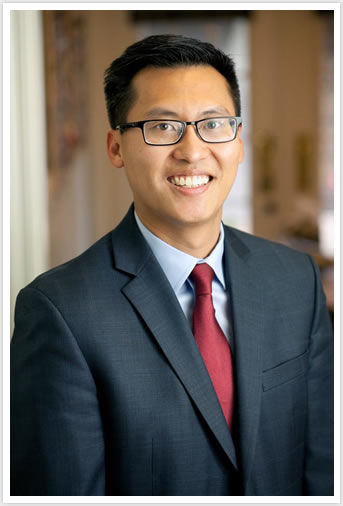 McCarthy’s House Resolution 1600, dubbed the RAILWAY Act — Repurposing Assets to Increase Long-term Water Availability and Yield — proposes to reclaim $3.5 billion that had been earmarked for California high-speed rail. It would shift that money toward projects outlined in 2016’s bipartisan Water Infrastructure Improvements for the Nation Act.

Together, those projects would add an estimated 5 million acre-feet to California’s water storage capacity. (One acre-foot is enough to cover an acre of land with 1 foot of water.)

Some of the money for HR 1600 would come from the Federal Railway Authority’s efforts to take back $929 million it had dedicated for the state rail project but which has not been spent. The rest, $2.5 billion, is spent bullet-train money California might have to pay back to the federal government.

Infrastructure work proposed in both bills is seen as vital to the valley because it would improve access to clean drinking water and make more irrigation water available for agriculture in drought years.

“The RAILWAY Act builds on the success of the WIIN Act by continuing to increase California’s drought resiliency and helping ensure our communities, families and farmers have access to life-sustaining water,” McCarthy said in a news release Thursday.

The bill would ensure California receives money that had been set aside for high-speed rail, he said in a phone interview Friday, adding he is unaware of anyone in Washington, D.C., continuing to push for funding the bullet-train project.

“I don’t see it as having much support,” he said.

Fong’s Assembly Bill 435, besides redirecting any unspent money left from the $9 billion in bond sale proceeds authorized by California’s voter-approved 2008 rail initiative, would prohibit any additional bond sales to finance the train project.

“It’s time we redirect the funds to critical water storage projects in the Central Valley, which will help everyone in the state,” he said in a news release.

Fong did not return a request for further comment.

Awareness seems to be growing in Sacramento and Washington that California could use more water storage.

Kiel Weaver, principal deputy assistant secretary for water and science at the U.S. Department of the Interior, told the audience at Thursday’s Kern County Water Summit in Bakersfield that it can be tough convincing members of Congress from other states of California’s water needs — until he tells them much of the nation’s supply of nuts, fruit and vegetables come from the Golden State.

“Duh,” he said. “Without a question we need more water storage.”

“What it’s going to require is everyone sitting down together to do this,” he said, adding President Donald Trump appears committed to building water infrastructure.

The need is more evident in Sacramento, said Assemblyman Rudy Salas, D-Bakersfield, but it wasn’t always so. He said one reason awareness has increased is 2014’s Sustainable Groundwater Management Act, which calls for authorities in overdrafted groundwater basins in Kern and elsewhere to bring their use of well water under control.

“I think with SGMA coming around the corner, I think every water district up and down the state … (is) recognizing how dire the need is to have sustainable water infrastructure for our population,” he said.